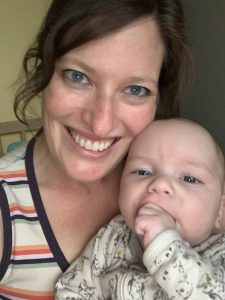 Dr. Cole received her BA from University of Montana and her Ph.D. from Arizona State University. She studied at the University of London during her Bachelor’s program, and at St. Catherine’s College, Cambridge University during her Ph.D. coursework. She was promoted to Professor at Minnesota State University, Mankato in 2018, received tenure in 2013, after working as an Assistant Professor at MSU from 2008-2012, an adjunct faculty member at Chandler-Gilbert Community College in Composition, an adjunct faculty member at Mesa Community College in Gender and Women’s Studies, and as a Teaching Associate and Instructor at Arizona State University,Tempe and Polytechnic campuses.

Kirsti served as the Director of Writing Across the Curriculum (WAC) from 2013-2016. She was a member of the Valley Writing Project organizing committee since 2014 and has been co-chair from 2015-2018. She directs the Teaching Writing Graduate Certificate and co-directs the MS in Communications and Composition, both online programs for individuals interested in pedagogy, praxis, and methods. She is active in assessment, accreditation, and the Interfaculty Organization (campus and statewide faculty union). She has participated in Anti-Bullying Training and Anti-Racism training, and she is committed to safe and inclusive spaces in her classroom, and across campus and professional spaces. She is an Advisory Board member for the Coalition of Women Scholars in the History of Rhetoric and Composition, and a member of the Committee on the Status of Women for the Conference on College Composition and Communication. She served as Chair of the President’s Commission on the Status of Women at MSU. She chaired the International Conference on Feminisms and Rhetorics in 2011 at Minnesota State University, Mankato.

Her publications include 3 collections: Academic Labor beyond the Classroom: Working for our Values (2019), Surviving Sexism in Academia: Strategies for Feminist Leadership (2017), both co-edited with Holly Hassel, Feminist Challenges or Feminist Rhetorics?: Locations, Scholarship, Discourse (2014). She has also published chapters and articles including “Evil Is Part of the Territory”: Inventing the Stepmother in Self-Help Books in Women’s Studies in Communicaiton, “It’s Like She’s Eager to be Verbally Abused”: Twitter, Trolls, and (En)gendering Disciplinary Rhetoric (2015) in Feminist Media Studies,  Sisyphus Rolls On: Reframing Women’s Ways of ‘Making It’ in Rhetoric and Composition (2013) in Harlot: A Revealing Look at the Arts of Persuasion, Feminist Social Projects: Building Bridges between Communities and Universities (2007) in College English. Kirsti has also published multiple review essays and reviews on gender theory, feminist rhetoric, and multimodal composition. She has a co-authored textbook chapter “The Critical Approach to Theory” in Understanding Communication Theory: A Beginner’s Guide (Routledge, 2015). Kirsti has presented on feminist rhetorics, feminist rhetorical methods and methodologies, digital rhetorics and social media, feminism and composition, and WAC and writing assessment at over 25 international and national conferences since 2008. During her Ph.D. program, she presented at 32 regional, national, and international conferences and colloquia.